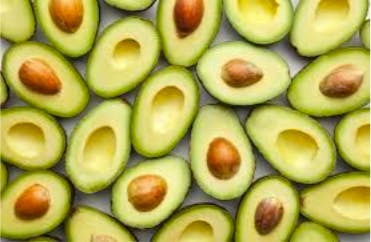 I live in Arizona, with tons of great Mexican restaurants, but for some reason even the best restaurants are still serving bland guacamole. Sometimes I feel like I should just order a side of avocado and mash it with a fork myself. It would taste about the same, and be cheaper than ordering the guacamole. Throw in some of the salt that’s on the table, squeeze some of the lime from my beer on it, and pour some of the salsa from the complimentary chips and salsa, and… wait a second, this would probably taste better than the guac on the menu. That’s how easy it is to make a decent guacamole.

I’m not a recipe follower, so I’m not a traditional recipe writer either. If you want to make easy guacamole at home that’s better than in most restaurants, here’s all you have to do. Mash up at least a half avocado per person you think will eat it (I’m a big eater so I go one avocado per person), squeeze fresh lime, (more fresh lime that’s not enough), and some of your favorite pre-made salsa. Add the salt at the end, and have some chips ready to give it a taste test. Remember that the chips have salt so slowly add salt and retaste until you get it right so you don’t over-do it. As for the salsa, I usually just eye it with about 1⁄3 the amount of salsa to the amount of guacamole. If you have shredded cheese in the fridge, you can sprinkle that on top too. If your spice rack is handy, put some garlic powder and cumin in the mix, but that is starting to lead me to “the intricate way”. 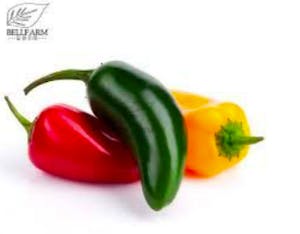 This magical discovery happened when I decided to smoke one of those seasoned tri-tips from Costco. I was going to make guac as well, so once the smoker was going I started prepping. I usually add garlic powder to my guac, and I use the powder because I find that the fresh garlic is a little too sharp and overpowering an ingredient for guac. I had a head of fresh garlic though, so I decided to wrap the whole head loosely in foil (so the smoke could get in), and throw it in the smoker. There was still room on the smoker so I thought “what the hell” and through the whole red onion and the green, red, and yellow jalapenos on the smoker as well. All of these things can also be grilled or cooked in the oven, I just wanted to see what the smokey flavor would be like. I had some smoked bacon in the fridge, so I cooked it until it was crispy in the oven, crumbled it up, and set it aside. I finely diced fresh cilantro, and diced tomato, and added that to a bowl of ripe avocados. Then I squeezed a bunch of fresh limes in the mix, and then some more, because again there is never enough fresh lime in guac. Once that garlic got nice and soft and smokey, I could just squeeze the individual cloves, and it came out like a paste, so it mixed in perfectly. I then chopped the smoked red onion, and diced the smoked peppers, removing most of the seeds so it wouldn’t be overwhelmingly hot, and added them to the bowl. I added ground cumin, salt, and the crumbled bacon. After stirring all of the ingredients together, and using the taste test technique of adding salt until just right, I crumbled cotija cheese over the top. The result was a smoky bacon guacamole that i wanted to eat with a spoon and a bowl like a kid eats frosted flakes for breakfast. There you have it… now you can make “better than restaurant” guacamole as fancy or as simple as you prefer! 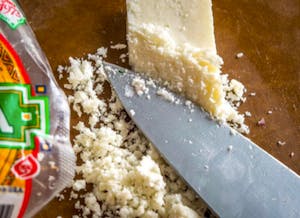